Year 1 loved taking part in the Science Boffins workshop. They observed how humans conduct electricity by creating a circuit using their own bodies and lighting up the light tube. They also really enjoyed making their own slime!

NC Objective - notice that animals, including humans, have offspring which grow into adults

In this experiment children were asked to think about how they could investigate if older children could do some things better than younger children. They decided to perform a variety of skills against some of the Year 6 children and record their findings. Their results helped them to understand that as we grow our bodies become better at performing a variety of gross motor skills such as skipping and hula hooping. 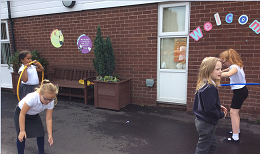 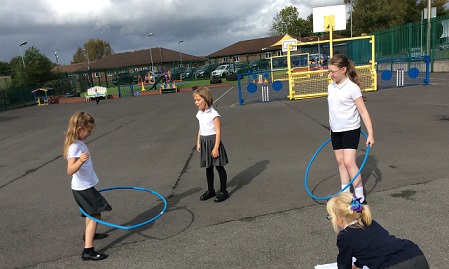 Uses of Every Day Materials

NC Objective - identify and compare the suitability of a variety of everyday materials, including wood, metal, plastic, glass, brick, rock, paper and cardboard for particular uses

Children in Year 2 decided to investigate which brand of nappy was the most absorbent. They made predictions before they began and were surprised to learn that the less expensive brands that they tested were as good, and sometimes better, than the more expensive brands. They decided that if they were to perform this experiment again, they would like to test an even wider range of nappy brands to get more conclusive results. 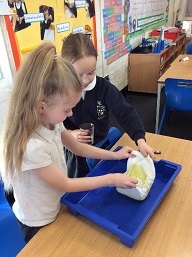 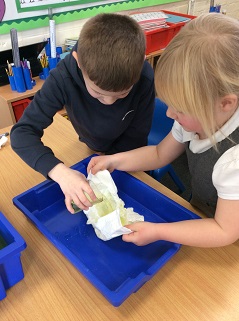 NC Objective-explore the requirements of plants for life and growth (air, light, water, nutrients from soil, and room to grow) and how they vary from plant to plant

After developing their knowledge of the essential requirements for plant growth, Year 3 planned and carried out an experiment. They decided to observe what would happen if they varied the conditions of different plants. After a few weeks of observing and recording their findings, the children discovered that the plant that was given extra nutrients thrived whilst those that were deprived of water and sunlight died. 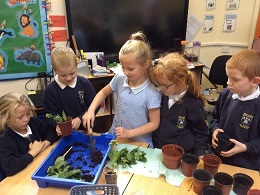 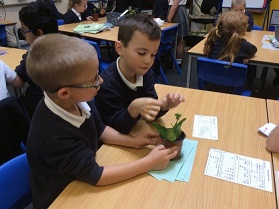 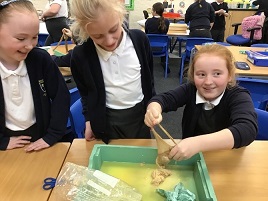 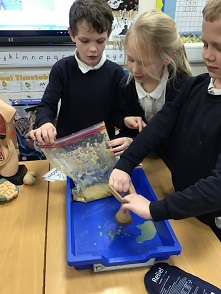 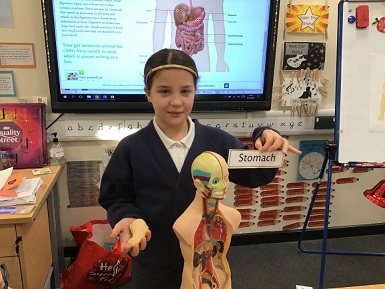 Year 5 investigated the changes in humans as they develop to old age. They focused particularly on the changes in the skin and built models to represent the layers of the skin. This led to further discussion about which elements change as the human body ages. 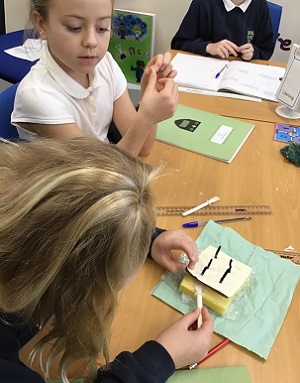 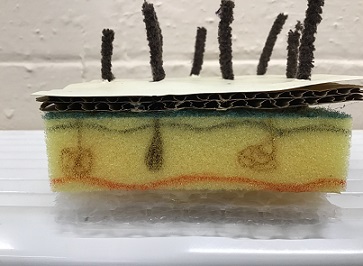 Properties and Changes of Materials

NC Objective- use knowledge of solids, liquids and gases to decide how mixtures might be separated, including through filtering, sieving and evaporating

Year 5 also made weekly visits Westleigh High School. Here they were able to use specialist Science equipment such as Bunsen Burners to investigate the changes that occur when liquids are heated. Then they discovered that the heat from the Bunsen Burners gave the particles in the liquid more energy which caused it to evaporate into a gas. 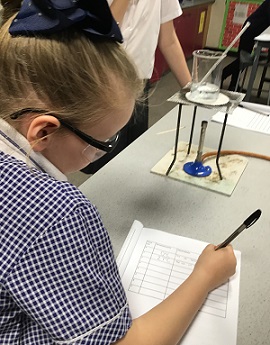 NC Objective- identify and name the main parts of the human circulatory system, and describe the functions of the heart, blood vessels and blood

Year 6 investigated the circulatory system - they dissected sheep hearts to label and explore the different sections to observe how the blood travel, and how the heart works as a pump to send the blood around the body. 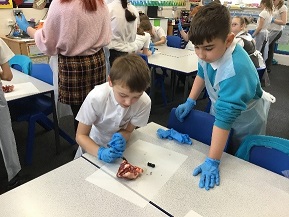 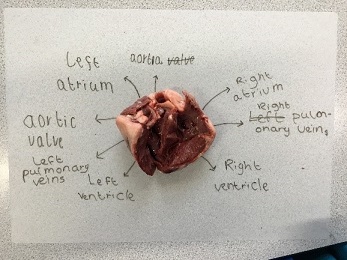 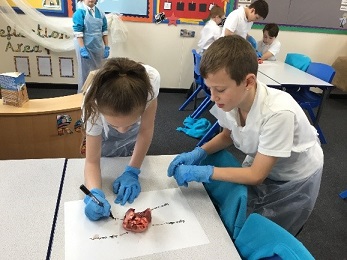 Then continued to develop their knowledge of the body’s circulatory system by devising their own investigations to explore how exercise affects the heart rate. They worked in groups to measure their pulse before and after exercise. They then altered the variables by changing the exercise to see if this altered the impact on the heart rate. 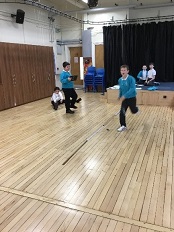 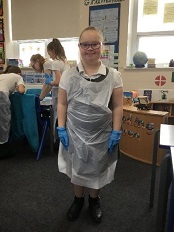 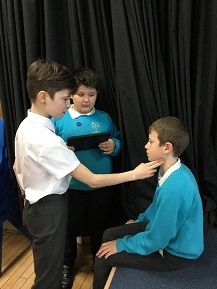